This project was an intricate design, manufacture and installation project using a variety of aluminium rainwater systems: 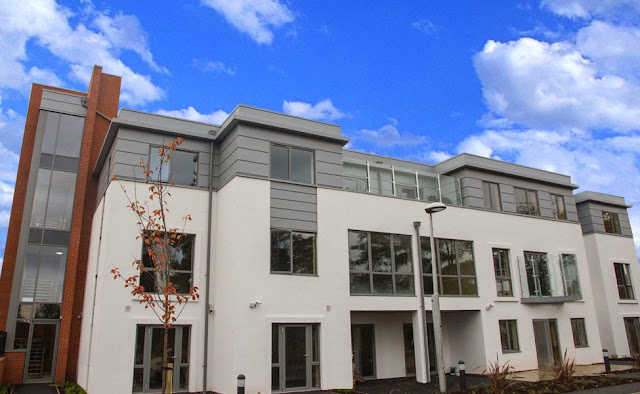 AFP worked along side Wildgoose Construction on every aspect of the aluminium work, with special emphasis of the design and installation procedure of the custom made cladding system. AFP also supplied the water proof membranes and fixing system for the complete cladding system. 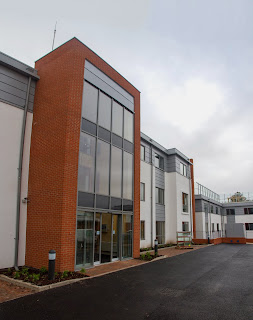 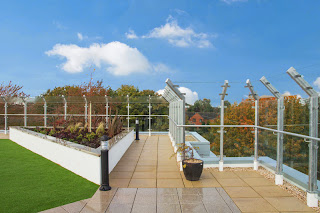 The end results of this project speak for them selves, it is modern, functional, up to date and maximizes the most of the space and surrounding of the area.

So on the first of September 2013 the big moved happened, we have spent the past month contacting suppliers, customers, delivery companies etc. to inform them of our upcoming move and our shiny new contact details, many of which paid full attention, a few still arrive to our previous address, many due to computers not being updated with new details but i'm sure we will get there 100% soon! We have worked the manufacture team to almost breaking point to ensure all orders were underway or completed before machines were decommissioned and moved, cupboard were empties, boxes packed, draws organised, endless amount of computer wires unplugged an 'neatly' packed up to be as organised as possible for the last Friday before the Monday move. Even though endless hours of planning and organisation had gone into this move a few things still decided to pop up and surprise us....

One day the council decided to close the road leading right to our new premises, was a nightmare to end up going on a massive divert with lorry loads, vans loads and car loads of items. The road was closed for the entirety of the move.

After we had got over this hurdle (small as it was really) we then had the giant task of moving the machines, as we have done this a couple of times in the past we knew exactly what was going to happen. The lorries were organised a week in advance, the diver requested specifically as we knew he had knowledge of our machines, existing unit. After a few near misses with machines falling over (we were all bracing ourselves for the loudest bang possible) we got all the machines to the new premises, scratch free dent free and in full working order, machines were positioned into place just as we were about to begin refilling the oil in the largest machine, a press break, one of our team knocked over the oil drum...... Well to be honest there had to be something go wrong, the day had been relativity straight forward compared to what we were expecting!

The rest of the move was relativity hassle free, nothing interesting enough to write about anyway!!!

So now we are all settled in and I am sitting in my shiny new office with a new desk, phone, computer, carpets, book cases, even some new pens and all the hassle working up to the move seems but a distant memory.

We have masses more space here... too much sometimes, sure my boss likes to hide from me when he knows i'm chasing him with a list of jobs for him! Our own car park, our own security, nobody just strolling into the units with out appointments when they fell like it. We have a great team of manufactures, painters, surveyors etc... and we all seem to be thriving from our new found space and company independence.

In whole I believe this move will be a great thing for AFP and the unit will grow and adapt with us and we go from strength to strength.
Posted by Aluminium Fabrication Products at 02:42 1 comment:

The Rise of Aluminium Bullnose Fascia......

Over the last 6 months we have noticed a vast increase in the amount of aluminium bullnose fascia we have priced and manufactured, this modern system seems to be in real demand for refurbishment projects on Hospitals, Schools, Community Centers and Prisons. We are lead to believe this is due to it's unique shaping, making it almost entirely anti-vandal proof, it is most truly anti-climb with out the horrible looking razor wire hanging over the top to deter any possible anti social behavior or attempted escapes. All the brackets are fitted internally so there is nothing to hold onto in order to scale the fascia and if painted with the correct materials it can also be 'graffiti' proof - coating in a clear permanent coating which once dries allows grafitti/maker pens to be washed of with warm soapy water. 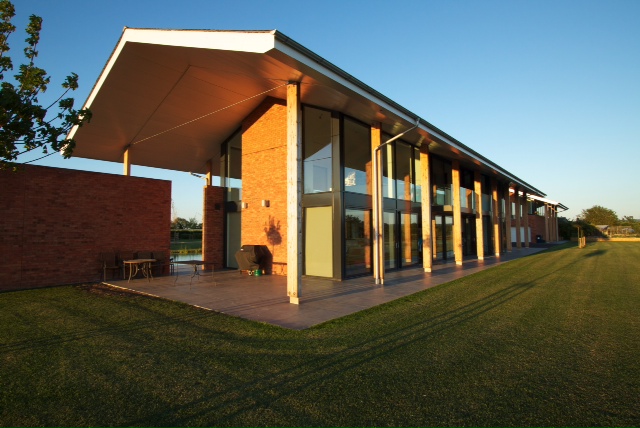 Welcome to the AFP Blog Page. Here we will be discussing new products, projects & news straight from our head office!

The above image is demonstrating a residential project we completed in Sandhurst, this project was a number of aluminium rainwater items:


We will be adding other images of projects through out our blog.

We cater for both domestic and commercial projects and both a supply only and a supply and install basis.

Through out our blog we will be going into a bit more depth with each of our systems and products and hopefully passing on some use full hints and tips we have discovered working with both aluminium and cast iron rainwater systems.

We can be contacted directly at sales@afpemail.co.uk or 01777 869994. Check out our new website: www.aluminiumfabricationproducts.co.uk